The Haven of Grace was established as an outreach ministry of St. Peter’s Episcopal Church of Ladue, Missouri, in hopes of breaking the cycle of homelessness, poor health, dependency and child and adult abuse. 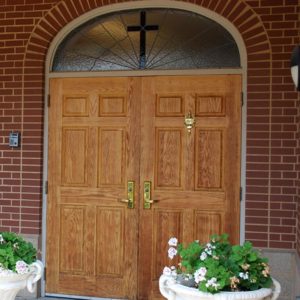 In 1986, based on an assessment of the most pressing community needs, the St. Peter’s Outreach Committee sought the help of Grace Hill Settlement House in St. Louis to begin planning for an inner-city residential facility that would provide shelter and support to young, pregnant women.  An existing building at 1133 Benton, which had been formerly housed by Grace Hill’s Neighborhood Health Center, was targeted for the mission. After two years of planning by the St. Peter’s group and reconstruction of the Benton building by Grace Hill with the financial support of St. Peter’s and the Junior League of St. Louis, the doors of The Haven of Grace opened in October 1988.

By 1994, demand for the agency’s services had expanded rapidly and the need to provide shelter not only for young pregnant women, but for young, pregnant mothers with small children began to emerge.  Volunteers from a variety of denominations became involved with the young mothers served by The Haven, a welcome addition by the board of directors; thus, The Haven became an ecumenical ministry, shifting from exclusive support by St. Peter’s to a broader base of community-wide support. As community support of The Haven’s mission continued, the agency grew independent of Grace Hill and began preparing for a facility of its own.

In 1998, The Haven established its unique Ten-Year Aftercare Program in response to the need of former residents for an on-going “family support system” and assistance in the community as they worked to achieve their independence goals. 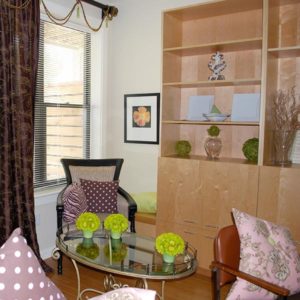 In 2003, The Haven of Grace completed its first capital campaign and moved to a newly constructed facility located in the same neighborhood as its original location. In addition to expanding its capacity to providing shelter for up to ten young mothers and their children at a time, the new shelter added a library and playroom for children, computer lab,  classroom,  interior playground and courtyard,  teaching kitchen and common areas for residents to enjoy the nurturing, family-like atmosphere afforded by The Haven.

In 2008, The Haven completed a second capital campaign and built The Quadrangle Apartments, an eight-unit transitional apartment complex for graduates of the Residential Program who need more time before being able to establish themselves fully in the community.